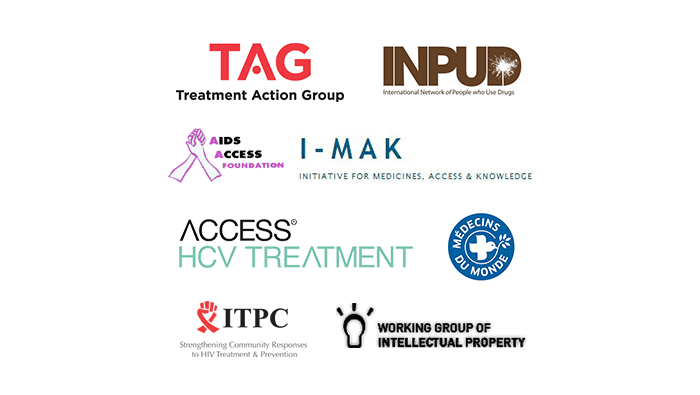 Worldwide, at least 185 million people have been infected with hepatitis C virus (HCV), nearly three quarters of them in middle-income countries (MICs). Although hepatitis C can be easily treated and cured with oral drugs, over 700,000 people die from HCV-related complications each year. An estimated 30 million people need HCV treatment now, so they don’t progress to cirrhosis, liver failure or liver cancer.

Access to HCV treatment is limited to nonexistent, especially in MICs, which are home to the majority of the world’s poorest people and 73% of all people with HCV. The pharmaceutical industry sees MICs as “emerging markets” and charges high prices there to increase their profits. Because government-funded health care in MICs is limited, most people must pay for HCV diagnostics, care and treatment out of pocket—and they cannot.

Despite the urgent need for HCV treatment in MICs, Gilead Sciences—producer of HCV direct-acting antivirals (DAAs) — made agreements with 11 Indian generics producers that limit where their drugs can be sold. Gilead’s agreements prevent nearly half of the world’s people with HCV from being able to buy affordable generic versions of Gilead’s HCV treatment. Most of these are MICs, including China, which has the world’s highest number of people living with HCV (approximately 30 million) – and many other high-HCV burden MICs. These countries will be forced to pay whatever Gilead decides they should to cure their people.

As a coalition of civil society groups, including people with HCV, HIV, and HCV/HIV coinfection, we are writing to express our deep concerns over UNITAID’s upcoming decision to expand the Medicines Patent Pool’s (MPP) mandate for direct-acting antivirals (DAAs) to treat the hepatitis C virus (HCV). We believe that the MPP will actually hinder efforts to increase access in MICs, because:

It is essential to support community-driven, pro-public health and human rights, government-led approaches to sustainable access to affordable generic medications; not industry-driven ones.

Read the individual letters by clicking on the icons below

For more on this topic: