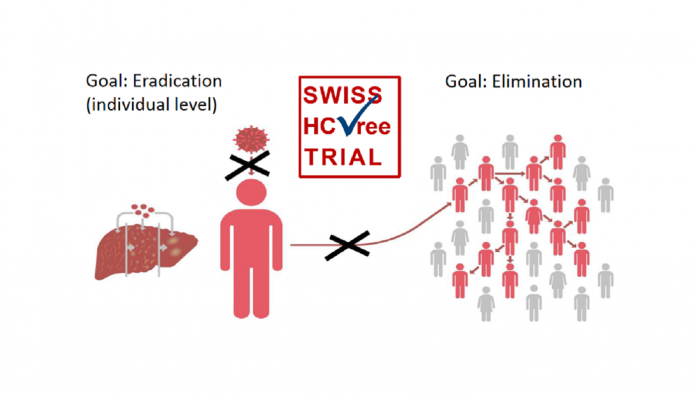 The Swiss HCVree Trial was conducted in 2015–2017 with the goal of implementing a population-based systematic hepatitis C virus (HCV) micro-elimination program among men who have sex with men (MSM) living with HIV enrolled in the Swiss HIV Cohort Study. The trial led to a 91% and 77% decline of HCV prevalence and incidence, respectively.

A study, published in Clinical Infectious Diseases, aimed to explore the long-term effect of this HCV micro-elimination program.

A systematic HCV RNA-based re-screening among MSM living with HIV conducted 2 years after the Swiss HCVree Trial revealed a sustained effect and further decline of the prevalence and incidence of replicating HCV infection. This indicates that the Swiss HCVree Trial was successful in curbing the HCV epidemic among MSM living with HIV in Switzerland.

The study abstract can be accessed here.