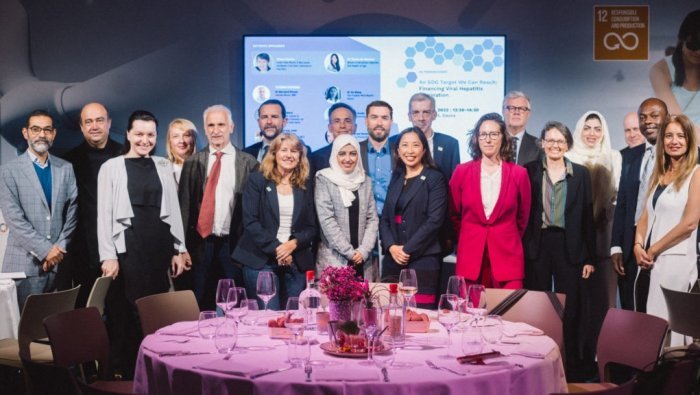 8 June 2022: As the World Hepatitis Summit 2022 takes place this week (7-10 June), some 354 million people are still living with viral hepatitis, despite the fact that vaccines, treatments and even cures are now available, says Finn Jarle Rode, Executive Director at the Hepatitis Fund.

Until now, viral hepatitis elimination has been the neglected child of global health. At a glance that may appear an odd statement to make given that both a vaccine and treatment for hepatitis B (HBV) exist.

And the 25 years that elapsed between the discovery of the HCV virus in 1989 and that of a cure for hepatitis C in 2014 represents one of the shortest periods of time for such a major R&D effort in infectious disease history.

But these scientific breakthroughs are not enough. Today some 354 million people are still living with viral hepatitis, mainly in low and middle-income countries such as India, Bangladesh, China, and Pakistan.

Clearly, the World Health Organization’s (WHO) goal to eliminate viral hepatitis by 2030 is not going to be reached if the inertia being seen today remains.

Lack of political will & funding

The root cause of the problem is money followed by a lack of political commitment, issues covered in a 25 May panel at Davos held on the sidelines of the World Economic Forum on “Financing Viral Hepatitis Elimination”, including former New Zealand Prime Minister Helen Clark, among other speakers. Today no government clearly leads on the Sustainable Development Goal Target 3.3 of ending communicable diseases including hepatitis.

Advocacy and funding are not reaching the critical mass required to realistically end hepatitis. Polio eradication for instance, has been largely driven through the long-standing commitment of the Bill and Melinda Gates Foundation, working in unison with the WHO. We need a similar show of leadership from the philanthropic community to replicate that success with hepatitis.

The WHO estimates that only US$500 million is invested in hepatitis elimination per year. Malaria, with a comparable disease burden and lower mortality rates, receives $US3.3 billion per year. The hepatitis response is an unfortunate example of the disconnect between science and policy-making – where tools to effectively end the epidemic are available but decision-makers lack the financial impetus to do so.

In 2019, about 66% of the 1.5 million new HBV infections were concentrated in WHO’s Africa region. The majority of HBV transmission is driven by vertical transmission (from mother to baby).

This is the most common and deadliest form of HBV transmission, as approximately 90% of children infected this way develop chronic HBV infection and up to a quarter of these infants also die prematurely from HBV-related causes. The younger a person is when they acquire HBV, the greater chance of chronic infection and premature death.

Fortunately, an almost 100% effective vaccine exists to prevent HBV, delivered in a three or four-dose schedule. The first critical dose is known as a “birth dose” and must be delivered within 24 hours of birth (as recommended by WHO) to prevent 70-95% of transmission that occurs during or just after birth. Given the availability of this simple and effective intervention, no child should be born with this life-threatening, chronic disease.

But despite the high burden of HBV in the region, only 11 of 47 countries in Africa include hepatitis B birth dose (HepB BD) as part of the routine infant immunization schedule. Only six per cent of African newborns are receiving the birth dose vaccine today.

Linking up HIV and HBV services

Hepatitis needs big donors to drive bilateral aid and national government buy-in. But this doesn’t have to lead to exorbitant costs.

First of all, we need to ensure better integration of viral hepatitis treatment into existing global health programmes, and take a people-centred approach to prevention, diagnosis and treatment.

It makes no epidemiological or economic sense, for instance, that an HIV positive pregnant woman in Kenya attending a health care centre be provided with Nevirapine to prevent her infant from contracting HIV, but not also be given access to Tenofovir prophylaxis preventing mother-to-child transmission of HBV in late pregnancy, along with an opportunity to vaccinate her newborn against HBV.

Secondly, we need more of the public-private partnerships that have to date proven effective. Much more. And that includes external catalytic funding. We need the World Bank, the Asian Development Bank, The Islamic Bank, philanthropists, foundations.

This is not the stuff of fantasy. Inroads are possible, even in the most unlikely scenarios. Take Egypt: it has long held the highest rate of HCV infection in the world. One person out of every 10 used to live with viral hepatitis. But in 2014 the country began implementing a strategy that has made huge progress against the disease.

A first step was to get the buy-in of various government ministries, not just the health portfolio. The second was to make the decision to integrate hepatitis C screening with screening for non-communicable diseases (NCDs) in primary healthcare facilities.

This approach reached some 60 million people, including nine million school children. At the same time, partnerships between civil society, the private sector and philanthropic organisations mobilised communities and drove high rates of screening, diagnosis and treatment.

Since the country’s programme began, the number of Egyptians living with hepatitis C has dropped from 4.346 million in 2014 to 516,000 in 2021. Egypt´s remarkable response has shown that the goal of eliminating viral hepatitis is possible. With the right backing, it can be done everywhere.

By Finn Jarle Rode Finn Jarle Rode is Executive Director at the Hepatitis Fund, a global non-profit organization that funds catalytic actions by partners, including support for the development of strategic plans at the national and sub-national level; country-specific data; and health system capacity-strengthening.